Does Logistics and the Greenhouse Effect go hand in hand?

The effects of climate change have been a major discussion point for decades and have become front and centre over the past 10 years. Internationally, there have been agreements at government level to reduce carbon emissions with country targets set over 5 and 10-year periods. There has been a major switch from fossil fuels to more environmentally acceptable alternatives being introduced. At a more local level cities have introduced exclusion zones and stealth taxes to discourage driving with some cities only allowing sections of the population to drive into the City. An example of this is Manila allowing only certain vehicles enter each day based on number plate recognition.

Many businesses feel the route to carbon optimisation is another costly restrictive practice but for the enlightened leaders in the logistics industry it can be a route to greater return on investment (ROI) and also have a positive measurable public relations factor as your customers see you aligning to a cause that is of great concern to them. In some cases (for example government contracts) evidence of sustainability initiatives is a requirement to get the business. This means that companies who try to decrease their carbon footprint are more likely to get government business than those who don’t.

There is a strong correlation between reducing inefficiencies in the supply chain and reducing over-consumption of resources generally and both of these have positive greenhouse effects. By taking stock of things like unnecessary fuel consumption, inefficient use of warehouse space, and less-than-optimal freight and container utilization, you’re not just mapping up areas where carbon consumption can be improved, you’re also uncovering areas where your transport operations themselves are inefficient.

Optimising transportation costs is not just a matter of choosing the shortest route. There are several factors in the equation. Besides the route, consider fuel prices, the efficiency of the vehicles in the fleet an even the time of day to travel – it all adds up to the cost from going from point A to point B.

At Freight Finders we work with reputable partners who are equally concerned as ourselves in reducing their carbon footprint and passing on the cost savings to our customers. We know our customers are very concerned about environmental damage and do not want their business to be a part of that problem. It is partially for this reason that we have developed our ground breaking integrated system which not only allows paperless ecommerce and seamless tracking but also integrates with partners so we can effectively and efficiently carry out the logistics function in an economic manner that allows us to pass costs reductions onto our customers.

eCommerce: We can help you with all your online shipping requirements

Is your business Brexit-ready? 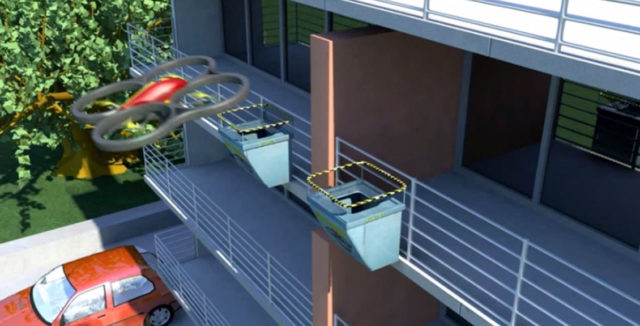 Are drones a practical solution for last mile delivery?

Ready to get shipping? Get in touch today to find out how we can help you.

Thank you! Your submission has been received!
Oops! Something went wrong while submitting the form.